A large international field of 60 women and 84 men tackled the course set on the Outwide Run in the Rocky Gully Race Arena. Alice Robinson and Willis Feasey were crowned national champions.

The women were the first on course and Alice Robinson one of the last to start, wearing bib 54. Her first year competing in the FIS (International Ski Federation) open women’s field, the fifteen-year-old Queenstown local was excited to be racing in her first national championships and enjoying “competing with more intensity.” Describing her first run as “pretty wild” she was the fastest of the NZ women in run one, flying through the course and into third place overall, 0.49s behind the USA’s Storm Klomhaus in first place. 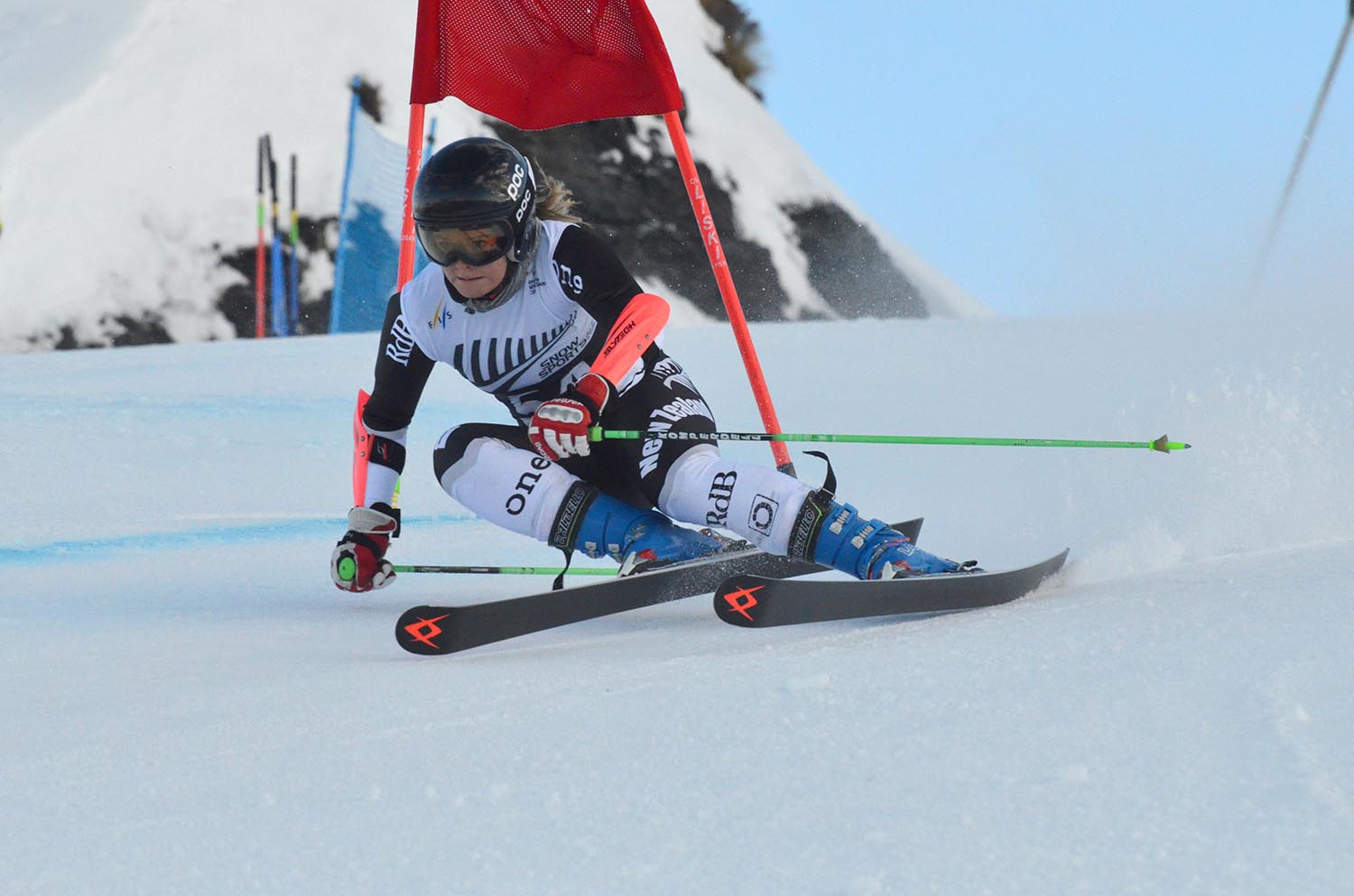 Defending national champion Piera Hudson (Havelock North/Wanaka) knew she had her work cut out for her after a frustrating first run, looking for a smoother second run to bump her up from fifth place overall. Georgia Willinger was the third fastest Kiwi woman on run one, sitting thirteenth overall and determined to “go for it on run two” with a more aggressive approach.

In the men’s field, defending champion Willis Feasey (Twizel) made a solid start, skiing into second place overall, 0.43s behind Slovakia’s Andreas Zampa and feeling confident that he would be able to pick up the pace in run two.

“I know I can be faster. I’m in a good position for the second run, I just need to send it.”

Team mate Adam Barwood (Queenstown) had a clean first run, skiing to third overall and ready to “take more risks” on run two. Jackson Rich (Porirua) was the third fastest of the NZ men after the first run, skiing from bib 55 into 36th place.

After a course reset run two got underway but competitors were challenged by rapidly softening snow and flat light.  With the top thirty racers running in reverse order, Robinson was the last of the NZ women in podium contention to race. Keeping a calm head and ticking off all the technical cues she attacked the course and pushed through, not only to secure the national title, but to claim the overall win.

“Third position is a good place to attack from on run two and I’ve been skiing well on the second runs so I was feeling pretty good.”

Piera Hudson was the second fastest of the NZ women, finishing fourth overall. Georgia Willinger finished in ninth place to round out the national podium.

Willis Feasey had a bitter sweet end to his day, claiming the national GS title for the fourth year in a row but not quite ticking off his goal of winning overall. A small slip at the top of the course lost him valuable time and saw him finish in second place 0.98s behind Zampa.

“I’m happy to take the title but I really wanted the win,” he said.

Third place went to Czech racer Krystof Kryzl while NZ’s Adam Barwood felt the frustration of his fourth place finish, albeit enough for second spot on the national podium. Jackson Rich was pleased to finish third amongst NZ racers in his first national championships, placing him 30th overall.

Full results can be found here

Racing continues at Coronet Peak tomorrow with the Coronet Cup Giant Slalom. The National Slalom Championship title will be contested on Wednesday followed by the Coronet Cup Slalom on Thursday.

Its simple, yet effective. A lot of times its difficult to get that “perfect balance” between superb usability and visual appeal Viagra kvinner effekt.