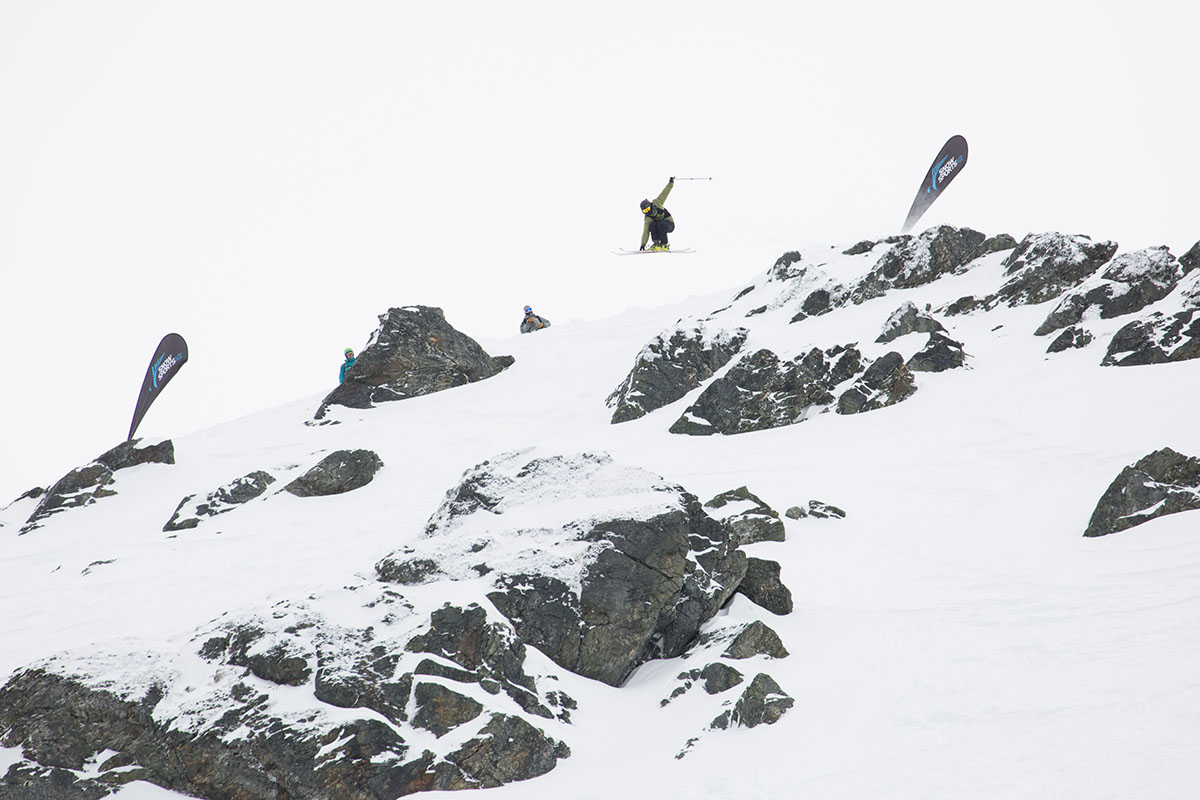 The North Face Frontier – a Freeride World Qualifier event –  welcomes skiers and snowboarders to a freeride festival at Queenstown’s The Remarkables Ski Field from 22-27 August.

For over a decade, the world’s top skiers used the NZ Freeski Open as a stepping stone to the Freeride World Tour. In 2015 snowboarders were also invited to compete and the overwhelmingly positive response made it an easy decision to keep the snowboard competition as a permanent fixture.

In 2016 The North Face Frontier will provide ski and snowboard competitors more opportunity to stack up FWQ points by running a 2* as well as a 4* event. With the excellent facilities and spectacular terrain of The Remarkables as the competition venue and as the opening event to the FWQ season, The North Face Frontier hopes to attract top level competitors from all over the globe.

As in past years there will also be plenty of fun to be had before and after the competition including a downtown after party.

“We’re super excited about this new chapter of the event,” says Stephen Winnacott, Brand Marketing Manager, The North Face Australia/New Zealand. “Focusing on freeride enables us to develop the event further by increasing it to a 4-star FWQ level, formalise the inclusion of snowboarding and create a better event experience for athletes and event partners.

“There are currently excellent pathways for current and future freestyle athletes in NZ to develop, succeed and make their way to compete at an international level; however, similar pathways do not exist for big mountain or freeride skiers and boarders. By taking the event in this direction we hope to address this need and give NZ athletes a step up on the world stage.”

While The North Face Frontier will not include slopestyle or halfpipe events, snowboard and freeski park and pipe competitors will have the chance to earn valuable FIS points at ANC Continental Cups hosted by Cardrona Alpine Resort from 5-9 September. With Cardrona world-class facilities as the venue, expect to see some of the world’s best athletes in action alongside some feisty young talent.

“The new format for The North Face Frontier comes in response to the positive changes that have occurred in the freeride and park and pipe disciplines over recent years,” says Snow Sports NZ Director of Coach and Sport Development, Adam Dooney.

“We have seen exciting growth in freeride with New Zealand athletes achieving impressive results at international level. We want to be able to support this progression by opening up The North Face Frontier to snowboarders as well as skiers.

“We were stoked to see really experienced snowboarders like Maria Kuzma signing up for last year’s event as well as exciting young talent like Finn Duffy who then went on to place third at the Freeride Junior World Champs in Grandvalira-Andorra.

“We’re excited to continue working with The North Face who have supported the event since 2009 and to be aligned with The Remarkables in securing this event into the future. We are looking forward to bringing the next evolution in this event to life.”

“With the park and pipe disciplines now included in the Olympic programme, it is important for both our skiers and snowboarder to be able to gain FIS points and the ANC Continental Cups will meet this need. We’re pleased to have Cardrona Alpine Resort hosting these events and are confident that, as always, they will deliver a high quality event.”