Day three of The North Face® Freeski Open of New Zealand at Cardrona Alpine Resort saw action move to the 22-foot Olympic halfpipe. Five women and ten men battled it out in a three run final. New Zealand’s Janina Kuzma scored the highest run of her career to date to take the win in the women’s field. The men’s competition saw a very tight finish with USA’s Taylor Seaton coming out on top and Beau-James Wells sneaking into second position just ahead of eldest brother Jossi. 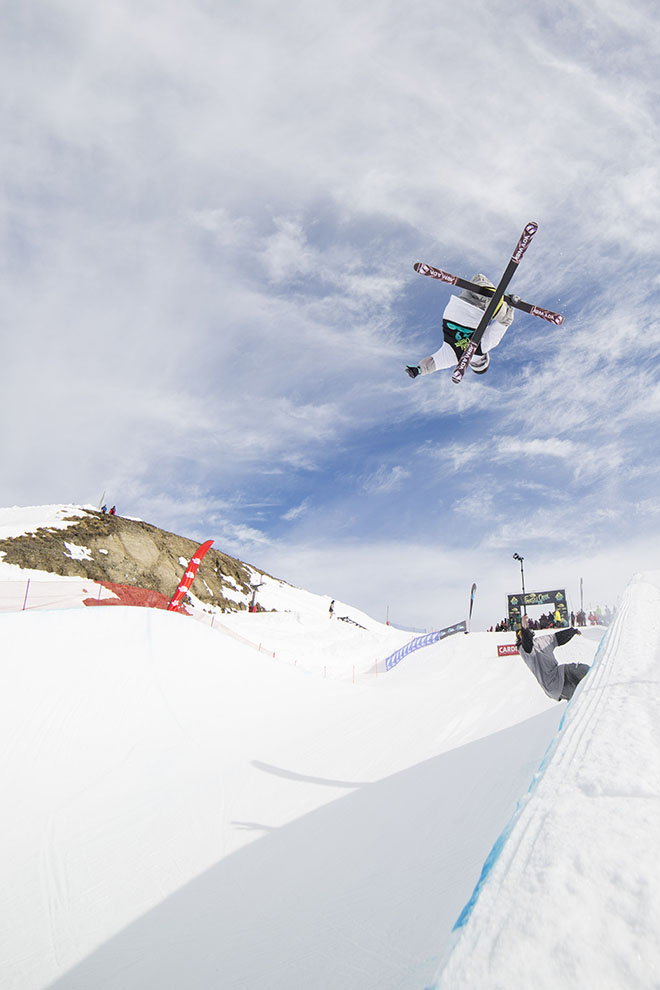 With two new tricks in the bag this season, Janina Kuzma looked and felt comfortable in the halfpipe today. Her second run was the winner, Janina showcasing the new trick and stomping the right five for a score of 90.3.

“I’m really pumped!” said Janina. “I started off the NZ winter with some new tricks and now I’m feeling well prepared for the northern hemisphere winter.” 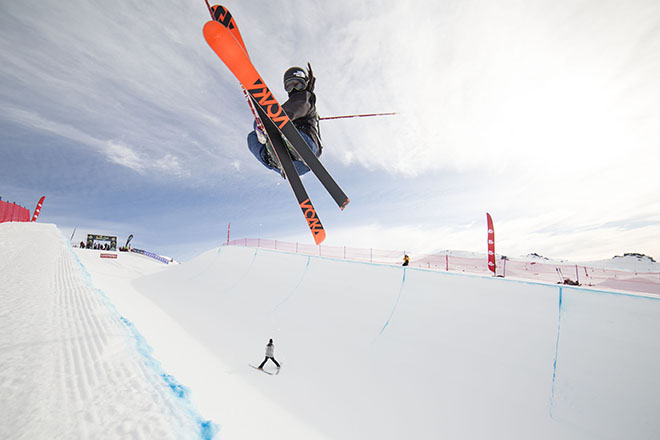 Kelly Sildaru of Estonia was back in action today after her win in yesterday’s slopestyle. The young skier proved that at only 12 years old she already has talent to burn, claiming second in the women’s halfpipe with a score of 86.0.

The third podium spot went to another Kiwi, Britt Hawes who is a freeski coach at Cardrona Alpine Resort’s High Performance Centre. 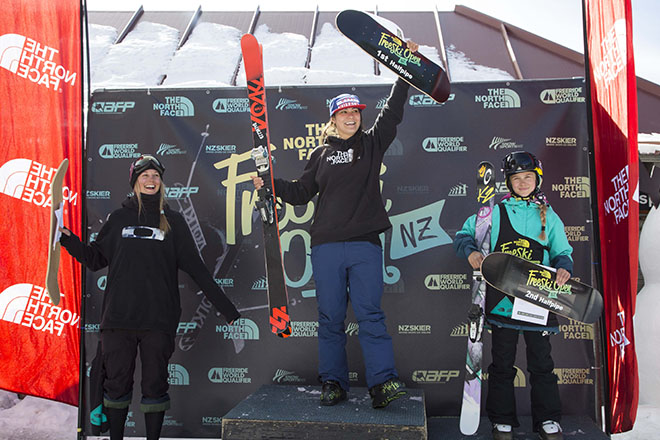 The men’s final got underway with Kiwis once again making up half the field and keen to make their mark against their international rivals. Brothers Miguel (15) and Nico Porteous (12) and Wanaka local Finn Bilous (14) all put down stylish runs with some impressive amplitude suggesting that they’ll be names to watch in the future.

The home crowd had their eyes firmly set on two other brothers: Jossi and Beau-James Wells in what would unfold as a tight race to the podium with USA’s Taylor Seaton and Korea’s Kwang Jin (KJ) Kim firmly in the running.

Taylor, Jossi and KJ all nailed their first runs; Taylor’s score the highest at 93.0, Jossi second with 86.7 and KJ third with 83.3 with two runs to go and everything to play for. Beau-James came out strong at the start of his first run but a slight stumble would mean having to up his game from then on.

“I wasn’t too worried at that point, I knew I still had two runs left,” commented Beau.

Putting down his safety run on the second lap meant a better score for Beau but his 78.7 was still not enough to move onto the podium. Meanwhile Taylor had upped the ante with a 93.0 while Jossi had come unstuck on his final trick and scored a low 39.0 for his second run. KJ put down a solid run for a score of 80.3 to hold on to third place for the time being. 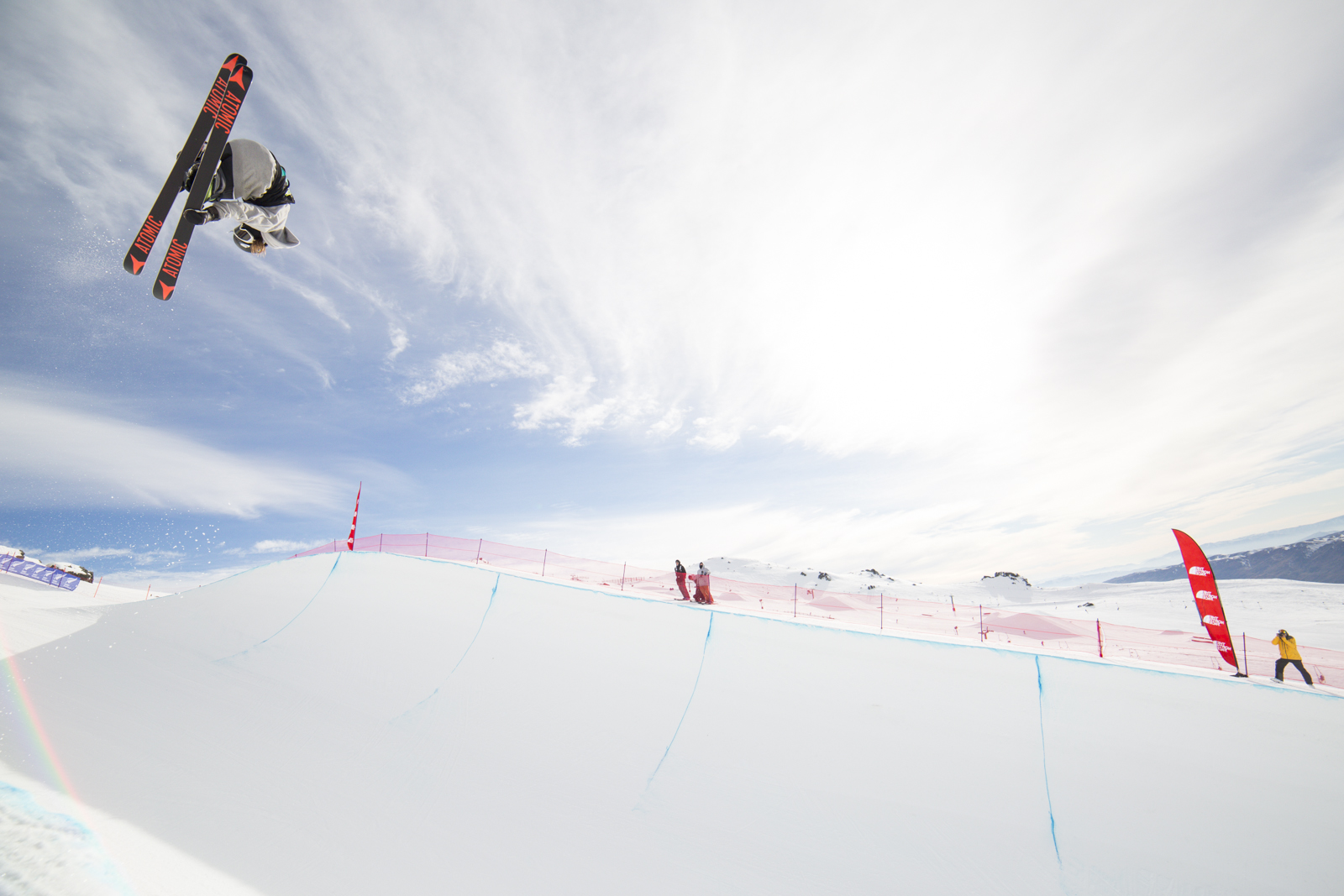 Sitting in fourth place, Beau-James Wells now had cause for concern. “I really wanted to get on the podium so I knew I had to land the double cork.”

On his third and final run, he did just that, scoring 87.0 and leapfrogging into second place.

For Jossi Wells, the final trick, the double cork 1260, was always going to be the key to his final podium placing. His third run started well, Jossi looking stylish and going big but with his timing out by a mere fraction the final landing wasn’t to be and he would finish in third place.

Top scoring competitor Taylor Seaton explains: “I had a game plan to up my run every time. The first run worked out perfectly so the second run I decided to go for it and change the nine up to a 1080. I landed that and that was what put me on the podium. When I saw Jossi going big that really gave me the motivation to stick with the game plan and I decided to go for the double 1260 on the third run.” 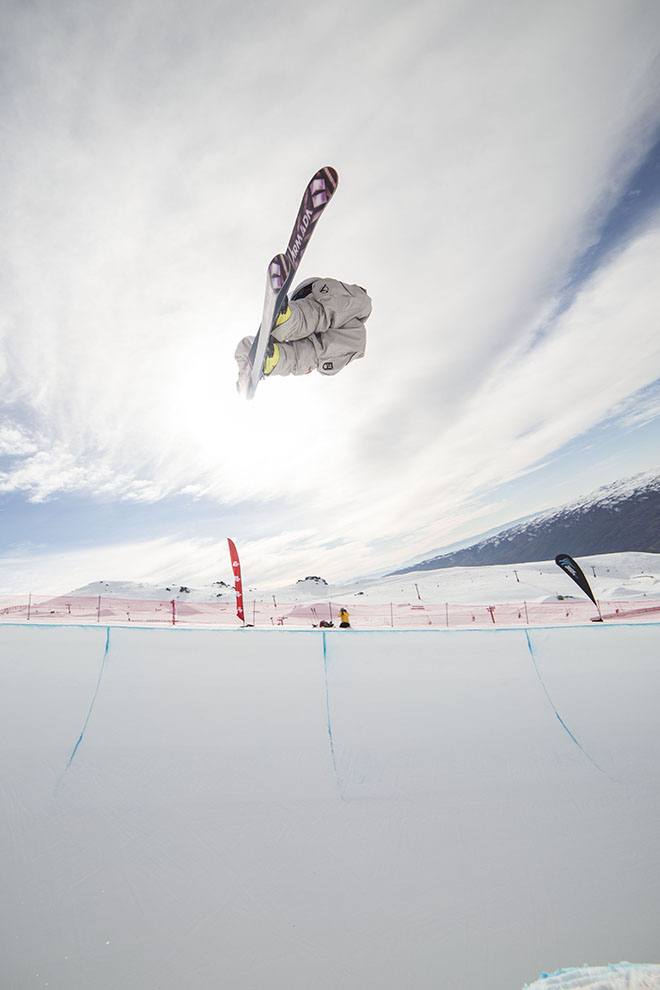 Third time around, the game didn’t quite to go to plan, Seaton landing on the coping and losing a ski but coming away unscathed. With win already in hand, however, Taylor could celebrate standing on the top step of the podium at The North Face® Freeski Open of New Zealand for the fourth time in his career. 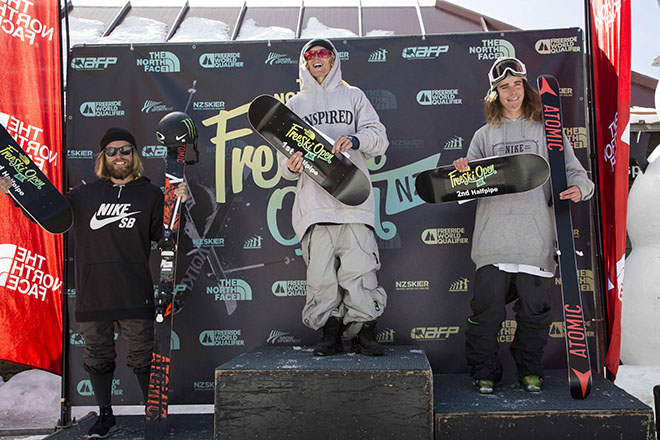 Competition now moves to the Big Mountain qualifiers which will be held in the Shadow Basin at The Remarkables Ski Area on Monday 1 September. The timing and venue for the finals will be decided according to snow and weather conditions and will be announced on Monday.

Its perfect time to make some plans for the future and its time to be happy with Viagra falls.