A multi-million dollar chairlift development at Queenstown’s The Remarkables ski area is taking shape in a project described as “a major engineering feat”.

The high-speed six-seater chairlift is part of a substantial investment at the ski area which also includes road re-alignment, sealing of the lower access road, trail developments, expansion of the snow making system, and extended car parking.

A team of eight from Leitner-Poma, an internationally-renowned cable transport company, have been working with ski area staff for the past three months to carry out the large-scale project.

Within the past week, a heavy-duty crane has arrived at the top of the mountain to install the top terminal and erect lift towers. 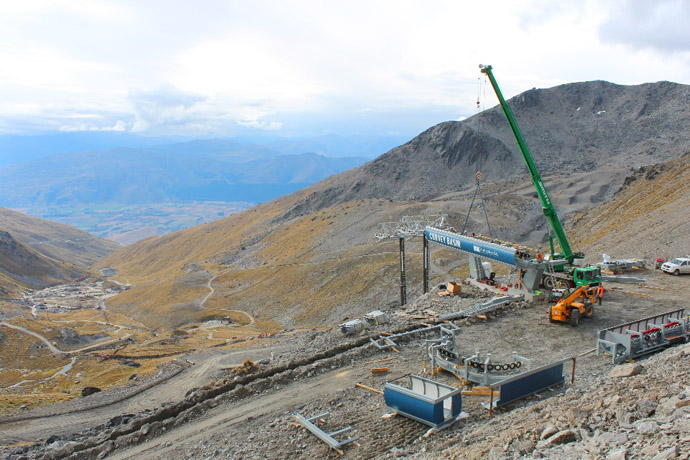 The Remarkables ski area manager Ross Lawrence said he was “hugely excited” with progress made to date given the engineering complexities of installing a chair lift.

“Before the towers were erected, we had a programme of digging foundations at each tower site, putting boxing in place, and building a reinforcing rod steel cage inside the boxing, before pouring and curing concrete,” said Mr Lawrence.

“All this work was done to stand the towers on, before even getting above ground level.

“To install the top towers and terminal, we brought in a giant 6WD crane weighing 40 tonnes.

“The crane is lifting each of the towers into place before being fixed to the foundations.”

Mr Lawrence said terminal foundations at each end of the 1.2km chair lift required 95 cubic metres of concrete and each tower foundation had 12 cubic metres.

“The weight-bearing load of each tower differs depending on the angle of the cable, which itself weighs 19 tonnes, so all-in-all it’s a massive project. The tallest tower is 16m above the ground,” he said.

“We’re stoked with progress, especially as the weather varies from week to week, but we’re working to the plan set out.

“Getting the towers up is a huge milestone for us and it’s all really exciting. You can start to get a really good idea of what the lift and trails will look like in the middle of winter.” 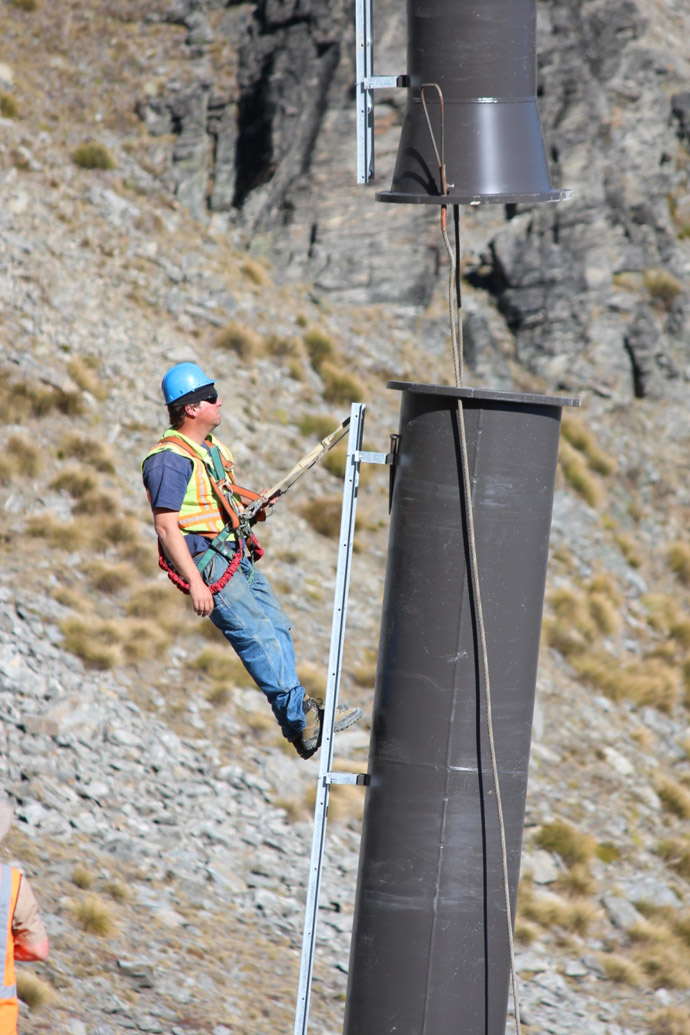 Once finished, the Curvey Basin chairlift will carry a total of 63 six-seater chairs enabling up to 2,400 passengers per hour.

A new trail map has been created for The Remarkables showing the line of the new lift and runs to be accessed. Curvey Basin lift opens up a further 10.1 hectares of formed trails and together with increased off-piste opportunities, increases the ski area’s capacity by 40%.

All the towers are due to be installed by early May, with the cable being hauled along the assemblies soon after.  Another group of staff will then run electrical services to the lift, and commissioning is scheduled for the beginning of June.

The Remarkables ski area is scheduled to open on June 21 when excited skiers and snowboarders will be able to explore new terrain and runs accessed by Curvey Basin for the first time.

Improved air connectivity is set to make Queenstown ski areas more accessible than ever this year – the number of trans-Tasman flights is up 25% on last winter, from an average of 40 a week last year to 50 this year. 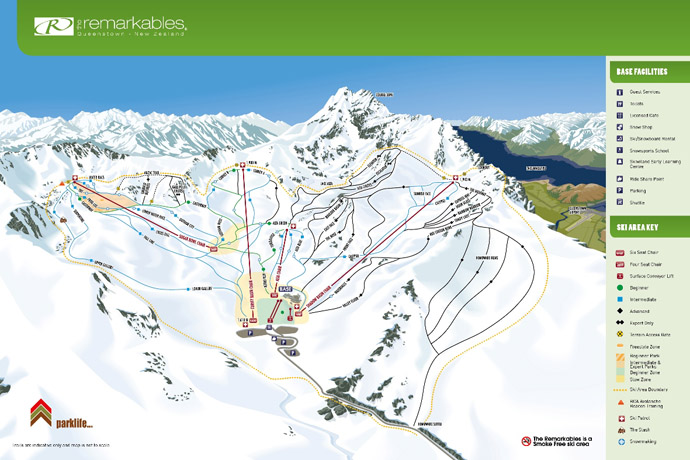 The effectivity of Viagra, or how long Viagra will last for Combien coute levitra pharmacie