The North Face® Freeski Open of New Zealand Park and Pipe competition opened at Cardrona Alpine Resort today with Slopestyle qualification rounds for the men and finals for the women. Fresh snowfall overnight set the scene for a good first day of competition for the field of 28 male and two female skiers. New Zealand’s Jossi Wells was the top qualifier for the men while the USA’s Keri Herman won the women’s finals. 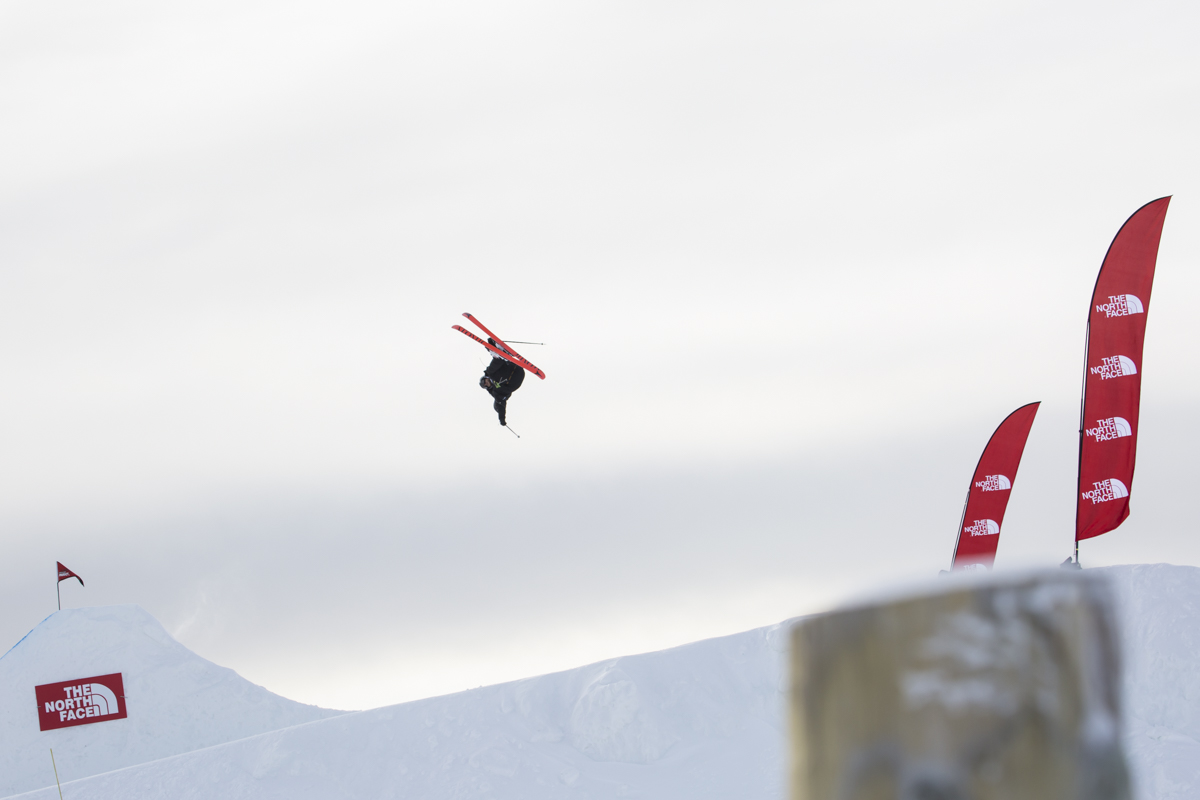 Classified as silver level events by the Association of Freeskiing Professionals (AFP), the Freeski Open of NZ Slopestyle and Halfpipe competitions are an opportunity for athletes to bag AFP World Tour points as well as to test out their trick repertoire ahead of the International Ski Federation (FIS) World Cup events being staged in a few weeks’ time as part of the Audi quattro Winter Games NZ.

Cardrona Alpine Resort is the official resort partner of the NZ Park and Pipe team and today saw a strong Kiwi contingent in action on their home ground and up against some heavy hitting international athletes.

The event format for the men allowed for two qualification runs with an athlete’s best score counting, and the top 12 male athletes progressing to tomorrow’s finals. With a small women’s field, the female competitors contested a straight three run final today.

Last rider to drop into the course, Jossi Wells came out charging and owned the top scoring run of the day on his very first run. Making creative use of the rail features and using more of the course than any other competitor by sliding cleaning off the pipe feature and across to the down rail, Jossi then stomped the jump features, landing doubles off each of the three hits (left double 12, to switch right double 10, to left double 10) for a score of 96.

Britain’s James ‘Woodsy’ Woods, who took out first place in Slopestyle at the 2014 Freeski Open of NZ, put down a solid first run and found the greatest amplitude of the day but couldn’t top Jossi’s score. With a first run score of 90.25 on the board, Woodsy stepped up the second run, adding an octo grab in his switch right double 10 to bump his score up to 93 and claim the second qualifying spot. 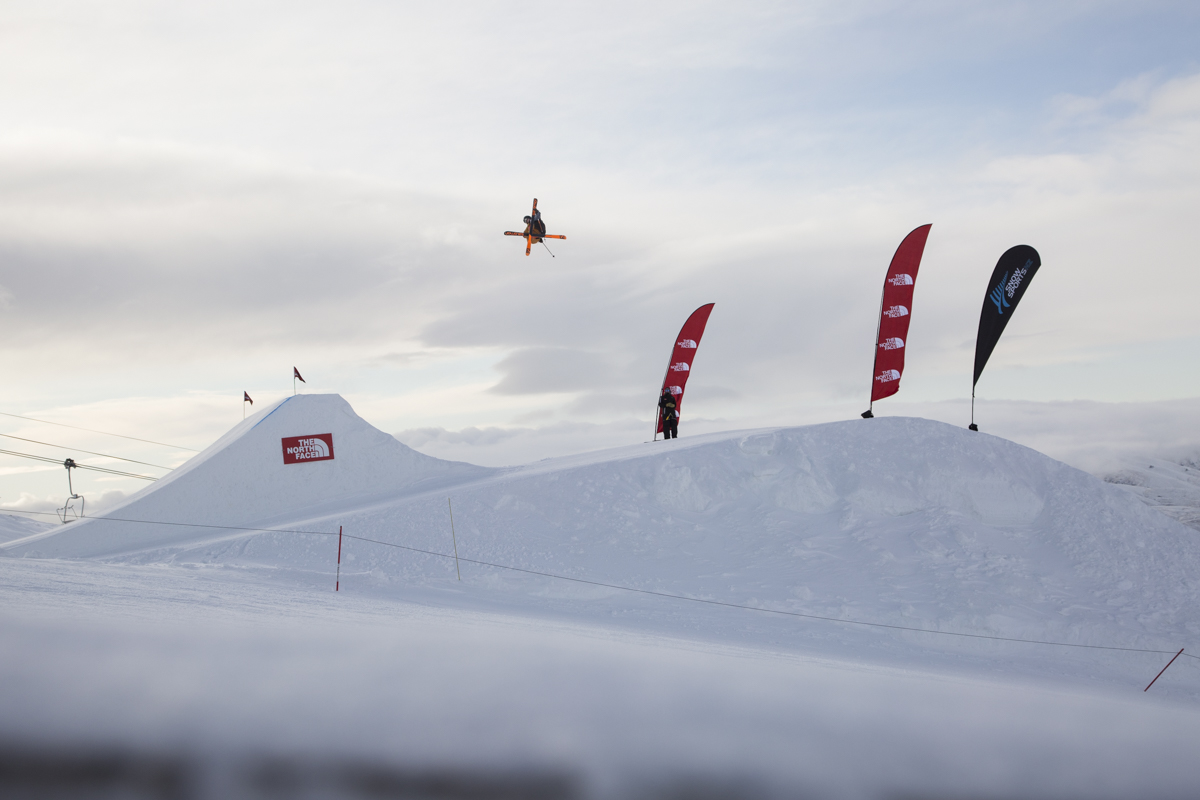 The closest call of the day from the judges’ point of view was the 0.25 separating third and fourth place qualifiers, Wanaka locals Hamish McDougall and Jackson Wells. Hamish earned his highest score of 79.75 on his first attempt at the course with a technical and near flawless run while Jackson’s creative second run earned him 79.50, marked down for a slight flail on the first jump. 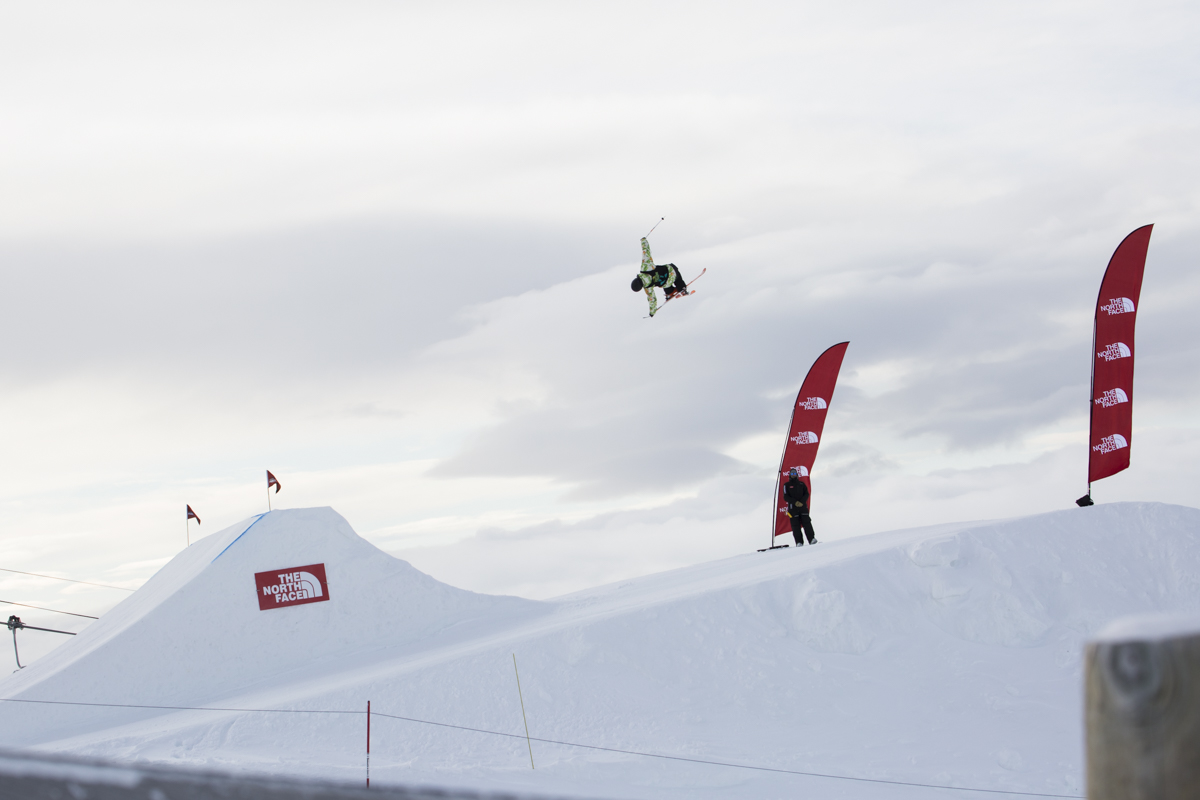 The women’s event was contested by two athletes from the USA. After losing a ski on her first run and having to make a safety call to ski out of the course on her second, Keri Herman made a late bid for the win, scoring 71.75 on her third run ahead of Jackie Kling with 68 points.

Competition continues tomorrow with Slopestyle finals which will see seven NZ athletes in action alongside British, Swiss, Australian and US competitors.

The Freeski Open of NZ is the only Freeski event to hold Slopestyle, Halfpipe and Big Mountain competitions in one. Halfpipe qualifications and finals are scheduled for Sunday. The Big Mountain event will take place at Queenstown’s The Remarkables ski field between 1-6 September.

Inability to maintain an adequate erection until completion of sexual activity gesundheitpotenz.com.